In the Thin Film Balance we can determine the properties of thin liquid films in a controlled atmosphere. The film is generated in a porous frit in a sealed champer whose pressure can be controlled. During an experiment, one determines how the thickness of the film depends on the pressure drop applied between the liquid in the film and the gas around the film. The thickness of the film is determined by measuring the intensity of light reflected off the film.

With this method one obtains very accurate measurements of dependence of the Disjoining pressure of two interfaces as a function of the distance between them.

We use a fully automated, home-made device to pull vertical liquid films from a solution at a controlled velocity. The device allows us to relate the film thickness and stability to the pulling velocity and size of the films. Additionally we measure the force on the frame of the film, which provides a measure of the surface tension. 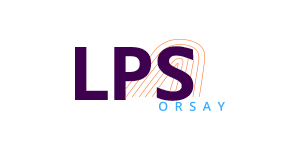 Marie is on stage! After some technical issues, everything is doing well. Go Marie Go !!

What about doing a PhD in our group? #SoftMatter